What is in a Vaccine? 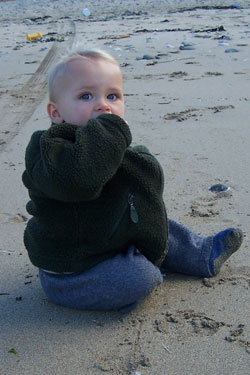 You often hear that the body can deal with many virus at one time and that only a small fraction of the immune system is being used when dealing with a vaccine. However, the body does not usually have to fight more than one live virus at the same time naturally. Secondly, it is the toxins which are used in vaccines which should also give us concern, an issue never mentioned in the same paragraph as the immunity argument.

Each vaccine is made using different ingredients and will vary with manufacturer, and full lists can be found by googling ‘Vaccine Ingredients’. Basically, the virus is grown on a culture of animal cells, monkey kidneys, foetal cells from humans and guinea pigs, etc. It has heavy metal preservatives, either Thiomersal of Aluminium, and Formaldehyde (banned in mattresses due to the Cot death link) to try to kill off the animal virus, and then some use antibiotics -as in the MMR to try to stop infection within the vaccine. You will also find aspartame and MSG.
Mercury is a highly toxic metal which accumulates in the brain, which the liver cannot begin to detox before a child is 4-6 months, as until this age the liver is unable to make bile.

However, it was only in 2000 that anyone actually checked the total amount of mercury administered in the vaccines of childhood immunization programs. Dr Halvorsen devotes a whole chapter in his book to this ‘oversight’ and reports that while pregnant mothers are told to limit consumption of tinned tuna,

...babies were having 17 times the mercury contained in a single tin of tuna injected directly into their bloodstreams.

"In many cases the vaccine additives are far more toxic than the viral component. This is particularly true for thiomersal/thimerosal, which is mercury. In 2000, Congress "strongly recommended" that the pharmaceutical companies take the thimerosol out of vaccines (it was not mandated; simply recommended). The drug companies were not told to take the existing lots off the market. The recommendation only applies to new product line manufacture. An unknown amount of vaccine may still be on the shelves." Dr. Mercola Newsletter, March 7, 2001

The UK however, took some time to remove mercury from childhood vaccines and the public press didn’t seem to pick up on this issue. The vaccine inserts state that thimersal can cause kidney damage yet the UK waited until the old stocks had been used up, before reducing or removing the mercury in 2003. Despite these changes many other vaccines still contain thiomersal/thimerosal (mercury) some flu vaccines, for example.
In March 2008 the US court paid 6 million dollars to a child who's autism was directly linked to the mercury. If this link is found in just 1% of America's autistic population, the total adversely affected by mercury would be 10,000! We have experienced a news black out in the UK and it poses 2 questions. "It took 50 years before a dangerous link was found between Mercury and Autism, when will links be made with aluminium, formaldehyde, animal proteins, etc and poor health?" and "When links are found will the public be told?" See Autism Linked to Vaccines

Continued on page 2
Good sites for more info regarding what is contained in each vaccine are;

Mercury isn't the Only Toxic Item in Vaccines

Vaccine Fillers, Ingredients and Dangers
In addition to the viral and bacterial RNA or DNA that is part of the vaccines, vaccine fillers and ingredients include:

The above information was compiled from the following two publications: