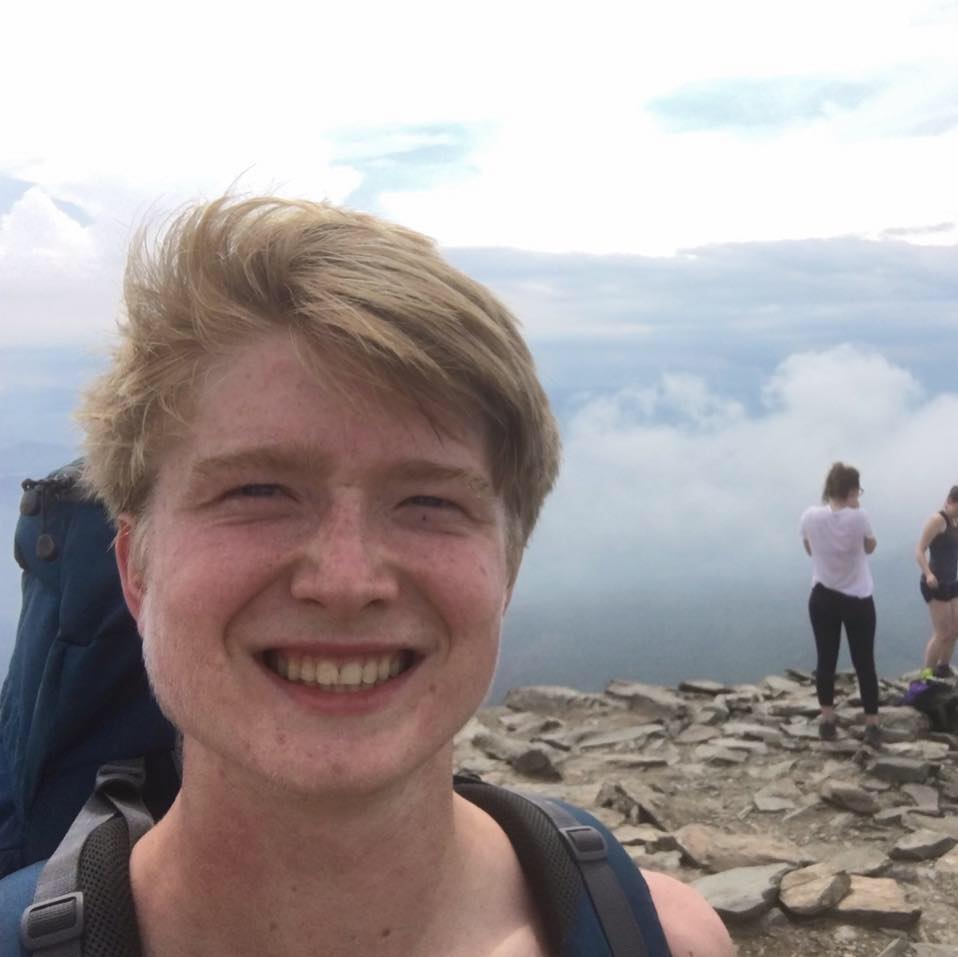 “In September 2015, Edward Thompson registered with Cardiff University to study for a Bachelor of Science degree (BSc) in physiotherapy. According to Mr. Thompson and his family, when he registered for the course, his vaccination status was not discussed and there was no mention of vaccinations being required, in either the university’s literature or at his interview.”

However, six weeks after his course had begun, Mr. Thompson was asked to attend an appointment with the Occupational Health Department, where the subject of vaccination was broached by the university for the first time.

According to the university, Mr. Thompson was a danger to others because he had chosen to refuse vaccinations, and after allowing Mr. Thompson to remain on his course for a year, he was told that he was being removed from his course for health and safety reasons.

“This is as a result of the high risk you present to the health of patients, placement providers, members of the public and yourself.”

We find it difficult to understand how the FTP committee had come to their decision, because if the university had truly believed that Mr. Thompson was a health risk, then why had they allowed him to remain in the course for a whole year?

After all, according to the National Health Service (NHS) policy for Health Clearance for tuberculosis, hepatitis B, hepatitis C and HIV: New Healthcare Workers, infected workers are not excluded from working in the NHS.

areas where their infection may pose a risk to patients in their care.”

Furthermore, it is a recognised fact that many of the UK’s leading health care professionals have also chosen not to be vaccinated. Surely, they would be more of a risk to patients than a physiotherapy student?

In a statement on the Nursing Notes website, they wrote:

This statement alone clearly indicates that vaccinations are not a compulsory requirement for UK healthcare professionals.

In fact, there are so many nurses around the world who are opposing vaccinations that they have even set up a face book group titled Nurses Against all Vaccines.

Whilst we understand that many parents may consider Cardiff’s policy on vaccination to be a good thing, others believe that their blanket refusal to educate any student who has not been vaccinated could discriminate against those students unable to receive a vaccination for any reason.

At this stage it is extremely important to point out that, the Higher Education Occupational Physicians/Practitioners (HEOPS) policy for students studying physiotherapy has stated the following guidelines in regard to vaccinations:

“The criteria for medical fitness to train are:

Testing for immunity and infection should be in accordance with current DH guidance or an equivalent evidence based standard. This will change over time. Students should protect service users, colleagues and themselves by being immunised against serious communicable diseases when vaccines are available.

TB – Evidence of immunity and freedom from TB disease.

In other words, vaccinations are not mandatory for anyone wishing to train as a physiotherapist. However, any student who does not wish to be vaccinated is required to be tested for evidence of immunity against infectious diseases.

We found it interesting that the university decided not to follow these recommendations, which was strange because the Health and Care Professions Council (HCPC) actually referred to the HEOPS document:

“... If you have not already done so, you may wish to consult the guidance for physiotherapy produced by Higher Education Occupational Physicians/ Practitioners (HEOPS).  This proposes requirements for testing for immunity and infection which they offer as 'proportionate means of achieving the legitimate aim of ensuring service user safety.’" (emphasis added)

Furthermore, they stated that:

“… Immunisations are not an explicit requirement at point of entry to the Register.” (emphasis added)

It is clear from both the HEOPS policy and the HCPC that Mr. Thompson should have been offered the chance to be tested and he was not.

Due to our concerns, we decided to write to Cardiff University and ask them the following questions:

After stating that they cannot comment on individual cases, they stated that:

“Whilst we actively recommend to all students to be up-to-date with all vaccinations, we respect the right of those who choose not to be vaccinated and do not stipulate up-to-date vaccinations as a condition of entry to study at Cardiff University.

The only exception to this is entry to our professional programmes where there is an obligation to meet the requirement of professional regulators and external placement providers. They, for example, may stipulate that students are vaccinated which does have implications for a student’s ability to complete their professional studies.

Where this is the case, we endeavour to provide as much information for students as possible regarding their programme prior to enrolment.” (emphasis added)

I feel that the wording that I have highlighted in bold is of extreme importance in this case, because whilst admitting that the university only recommends vaccinations, they stated that they also respect the right of those who choose not to be vaccinated.

The university clearly did not respect Mr. Thompson’s right to choose. Instead, they abused their authority and inappropriately implemented a FTP procedure, a procedure that makes no mention of vaccine status. We believe that this was an attempt to bully Mr. Thompson into conforming.

Furthermore, they continued their email by stating that they provide as much information as possible to the student, “PRIOR TO ENROLMENT.”

This protocol clearly did not happen in the case of Mr. Thompson. He stated:

“Before I applied in 2015, there was no mention of vaccination being mandatory on the Healthcare Sciences website. A Q&A search enquiry said vaccines are not mandatory but strongly recommended.

The Cardiff University acceptance letter of 15th May was dependent upon my academic results and my fulfilling non-academic conditions.

On 22nd May 2015, my pre-course Occupational Health questionnaire including my explicit statement about my concern over vaccine safety and my intent to decline vaccines was returned to Occupational Health to meet the required deadline of the 1st June 2015.

I was accepted on the course and commenced 21st September 2015.”

Interestingly, the university has since offered Mr. Thompson the sum of £500 in compensation; however, Mr. Thompson refused their derisory offer.  He told us that he had found their offer to be extremely low, given the fact that he has been left in a position in which has not only ruined his reputation and career prospects, but he also incurred expenses during his first year at Cardiff University, plus solicitor’s fees in order to obtain a reply from the Office of Independent Adjudication (OIA).

“My son has rejected the offer recommended by the OIA of £500 because it is our belief that the OIA failed to address his complaint correctly.

He would like to complete his course which we believe should now be possible following the statement from the University and the already known confirmation from Health Boards that vaccines are not a requirement of registration.

Following the rectification of the FTP ruling he would like an apology from those involved, compensation and the guarantee of being able to complete his course without further harassment.

We are currently awaiting the OIA review outcome of the complaint being dealt with separately from the FTP issue.”

We asked the Co-Secretary of the European Forum for Vaccine Vigilance (EFVV), Mrs. Anna Watson, for her thoughts on this case. She stated that:

“There is no evidence that the unvaccinated are putting others at risk. In fact, those recently vaccinated with a live virus are asked to keep away from some cancer wards and the severely immune compromised. The UK government’s own guidance for healthcare workers does not put any more emphasis on vaccination than it does on screening, yet colleges offering certain courses and hospitals are becoming increasingly demanding on their students and new workers with requirements for vaccination.”

“So when Mr. Thompson joins a course, which has no mention of vaccination status being a requirement, is then up in front of a fitness to practice hearing for noncompliance, we must make a stand. This university changed its website entry requirements after Mr. Thompson had enrolled, and after he had given full disclose about his vaccine status. So why this fervent change of policy?

It's accepted that a proportion of those vaccinated are non-responders. It's known that vaccines 'efficacy' wanes over time. It's documented that the vaccinated can also contract those diseases and that the recently vaccinated can shed the live virus and transmit disease to others.

Furthermore, hospital acquired infections are killers in our hospitals with mortality running into thousands. But the spread of infectious disease (for which we have vaccines) in hospitals is no greater than society as a whole.”

“So if there is no real evidence that the unvaccinated put others any more at risk, why would they be refused entry to a place of work or a place of education? It's certainly less about the science and more about 'noncompliance'.  People in similar situations have found if they keep their views to themselves and focus on other reasons for them not wanting vaccinations, then they are accepted unvaccinated. In a free country for universities to refuse entry because of views on vaccination is shocking. What next?”

Taking her previous comments into consideration, we asked her whether or not she believed that the university had acted unfairly. She replied:

“If a university can support such prejudice in its own admissions and then cover up its unlawful procedure, then where does this leave university students, in the future? I wish Mr. Thompson all the best; he has clearly been seriously mistreated and trust that compensation follows for such ignorance that has cost Mr. Thompson his future chosen profession. Policies that bully workers into vaccination or else lose their contract must be challenged.”

We believe that Mrs. Watson is correct and that the university has acted unlawfully.

So far, this case has taken nearly two years to get to this point. Mr. Thompson has been left in limbo while he continues to wait for the OIA's decision.  Until a lawful decision has been made he is unable to move on with his life because it remains unclear whether or not he will be able to continue with his studies.